Konstantin Ilievsky, conductor, composer and pianist is known thanks to his performing at the European stage scene. Since 2020 he has been engaged as conductor of the Slovak Radio Symphony Orchestra. He also works as music director of the Sinfonietta dell´Arte Orchestra and held for many years the identic position at the Dianopolis Orchestra in Yambol, Bulgaria. He cooperates on regular basis with the Symphony Orchestra of the Bulgarian National Radio and the Bulgarian Philharmonic in Sofia. He was a frequent guest in several renowned orchestra ensembles from both Europe and beyond, such as the Wiener Konzert Verein, ORF Radio Symphony Orchestra (Austria), LCO – the Luxembourg Chamber Orchestra, the Slovak Philharmonics Bratislava, State Chamber Orchestra Žilina (Slovak Sinfonietta), Wroclaw Philharmonic Orchestra (Poland), Orchestra of the National Opera and RTSH Orchestra in Tirana (Albania), China National Symphony Orchestra Ningbo, Orchestra Sinfonica del FPIAP Franz Liszt (Cosenza, Italy) and many others. He holds the Crystal Lyre Award in category Conductor for the exceptional concert with the Bulgarian Radio Symphony Orchestra and soloists of the Vienna and Stuttgart Opera, performing works by A. Bruckner, R. Strauss and G. Mahler.  He also teaches composing and conducting at the State Conservatory in Bratislava and has an engagement as composer-in-residence at the Proxima Project.

Ilievsky was born to a family of well-known Bulgarian musicians. At the age of 5 he started studying piano in Bulgarian Sofia and at the age of 14 he continued in his studies with Professor Peter Čerman at the State Conservatory in Bratislava.

At the same time he studied conducting with Professor Zdeňek Bílek and graduated in cooperation with the Orchestra and Chamber Choir of the Conservatory. He finished both studies with distinction.  In the same period, he also won numerous awards as a pianist at international competitions.

Later on, he studied composition at the University of Music and Performing Arts in Vienna with Professor Detlev Müller-Siemens and conducting with Professor Uros Lajovic and graduated both studies with Master degrees.

He also attended several master seminars in orchestral conducting e.g. with Bertrand de Billy and Webern Sinfonietta Chamber Orchestra Vienna, with Ralf Weikert and Pro Arte Orchestra Vienna and with Daniel Harding and the Vienna Chamber Orchestra. He made recordings for Slovak, Austrian and Bulgarian Radio and Television, his publication “Composer as an Interpreter of His Own Perception of the World” was released in Germany. In 2013 he was chosen as one of 20 finalists in the 53rd Conducting Competition Besancon, where he participated with Victor Hugo Orchestra (Franche Comté). In 2018 he conducted the official diplomatic concert that was held in Bratislava on the occasion of the Presidency of Bulgaria in the Council of European Union. At the beginning of 2019, he conducted the historically first concert tour of the Sofia Philharmonics in China where he performed with the soloists of the Belgrade and Burgas Opera for more than 20000 listeners. 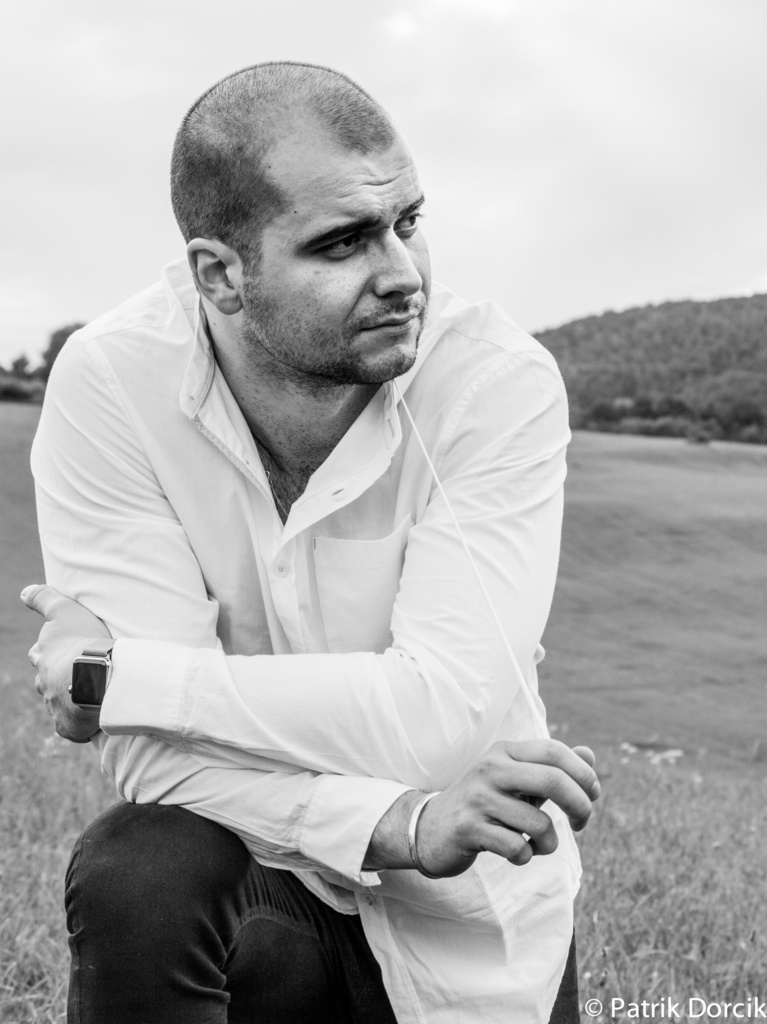 He studied piano (with D. Švárna) and conducting (with Š. Sedlický) at the Conservatory in Žilina and graduated in 2016 from orchestra conducting at the Academy of Performing Arts in Bratislava. He also took part in semester studies at the Academy of Music in Krakow.  Recently he successfully attended conducting masterclasses with Gabriel Chmura, Colin Metters and Michalis Economou, where he had the chance to conduct renowned orchestral ensembles such as the Beethoven Academy Orchestra, Cardiff Sinfonietta or the Athens Philharmonia Orchestra. In 2021, he was granted the Bayreuther Festspiele scholarship and finished his PhD studies at the Academy of Arts in Banská Bystrica where he continues in working as lecturer.

Since 2014 he has been cooperating with the NDM in Ostrava, where, whilst still being a student, he was engaged to conduct the operetta/musical ensemble (season 2015/16). In NDM he has been conducting numerous productions incl.: Nabucco, La Traviata (Verdi), Rusalka (Dvořák), Destiny (Janáček), Tosca, Il Trittico ( Puccini), Swan Lake ( Tchaikovsky), The Storm (Fibich), The Rape of Lucretia (Britten), Don Quijote (Minkus), Robert le diable (Meyerbeer), The Kiss (Smetana), La scuola de´gelosi (Salieri) and others.

Apart from orchestral conducting, he is also a devoted choirmaster. Since 2015 he has been engaged as conductor and choir master of the Academic Choir of the Technical University of Ostrava, which belongs to the leading chamber choirs in the Czech Republic. With this choir he has won the 1st place in Vilnius, Lithuania (2015), he was the absolute winner in Jihlava, Czech Republic (2016) and several international competitions incl. the Academic Banská Bystrica – ABB, Slovakia (2017) and the Grand Prix at Voce Magna Žilina, Slovakia (2018) where he was awarded the special prize for conducting performance. In 2019 he was awarded 2nd prize in Spittal an der Drau, Austria, in category Folksong.

In 2018 Adam Sedlický was awarded the “Choirmaster – junior” prize in the Czech Republic. He is the finalist of “Romano Gandolfi International Competition for Choral Conductors 2019” in Parma, Italy. As a guest choirmaster, he also cooperated with the Slovak Philharmonic Choir.

In the 2009/2010 season he cooperated as guest conductor with the State Opera in Banská Bystrica. He regularly cooperates with renowned Slovak as well as foreign musicians. He also participated at the 30. Summer Olympic Games in London - together with the world art-rock legend of YES Band - Jon Anderson and Slovak pop singer Miroslav Žbirka he conducted the Slovak representative concert in the famous Sadler’s Wells Theatre. With the Slovak Radio Symphony Orchestra and the Slovak Radio Children’s Choir he recorded a number of classical repertoire pieces, as well as film music for movies such as Wilson City, Angel of the Lord 2, Svetozár Stračina, The Teacher, Barefoot, Dubček).

Adrian Kokoš is a recognized artist and promoter of the Slovak vocal and instrumental music. His recordings were published by the Slovak Radio Records, Music Fund Slovakia and Universal Music. He regularly participates in productions of cultural programmes for Radio and Television Slovakia and for the Czech Television. In 2021 he took part in the Virtuosos V4+ classical music talent competition as jury member in the national competition round.