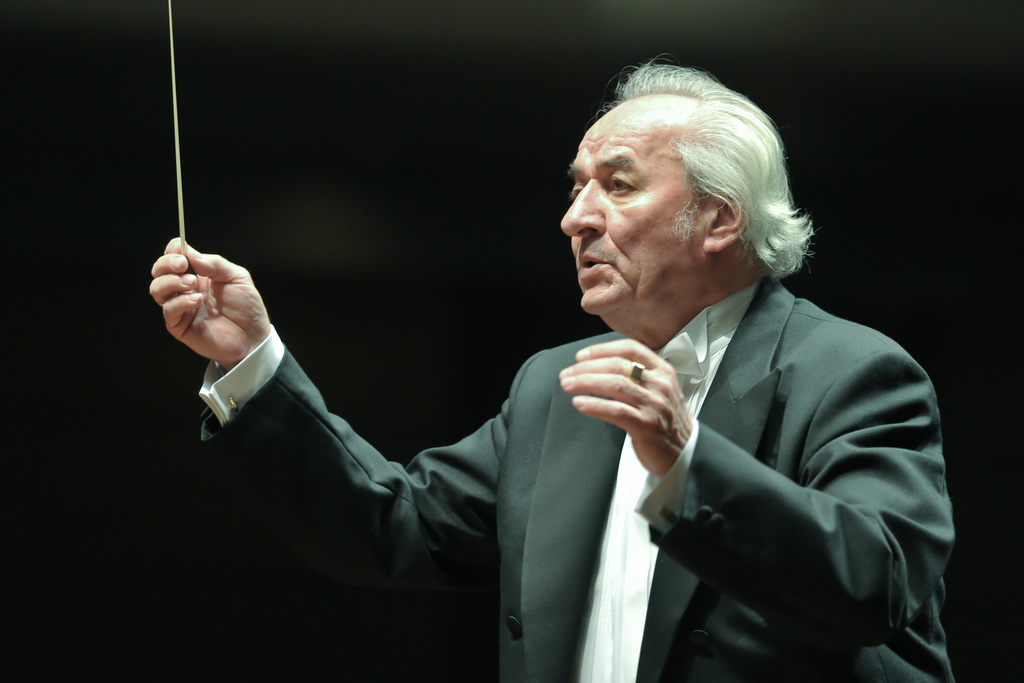 Belongs to the most outstanding Slovak conductors of the 20th century. Reviews highlight his sense of musical theatre, musical intuition, temperament and originality. He studied conducting at the Academy of Performing Arts in Bratislava in the class of Prof. Juraj Haluzický and Prof. Ľudovít Rajter (1964). In 1974, he became a laureate of the International Conducting Competition of Hungarian Radio and Television in Budapest. In 1962-1969 he was a choirmaster of the Slovak National Theatre Opera, since 1970 he has been conductor (in 1977-1990 a chief conductor) of the Czechoslovak Radio Symphony Orchestra in Bratislava (at present the Slovak Radio Symphony Orchestra).

Ondrej Lenárd has collaborated with prominent European soloists (P. Dvorský, E. Gruberová, G. Beňačková, J. Obrazcovová, M. Freni, P. Cappuccilli, E. Urbanová, S. Kopčák, A. Plachetka and others), he has been a frequent guest in many European and overseas countries (Canada, Brazil,  USA, Japan). He has conducted renowned foreign orchestras such as The Czech Philharmonic, Munich Philharmonic or the Prague Symphony Orchestra (FOK). He has made guest appearances in leading opera houses: in the National Theatre in Prague, the State Opera in Vienna, the Budapest State Opera, Teatro di San Carlo Opera in Naples, Gran Teatre del Liceu in Barcelona, the Houston Grand Opera, etc.

Ondrej Lenárd's mastery is captured on more than thousand recordings. He recorded for publishing houses Opus, Marco Polo, Naxos (mostly with the Slovak Radio Symphony Orchestra) or HNH International, but also for the Slovak Television. He has premiered several works by Slovak composers both home and abroad (Suchoň, Burlas, Cikker, Ferenczy, Godár, Moyzes, Salva, Zeljenka). He also taught conducting at the Academy of Performing Arts in Bratislava. In the years 2011-2017 he held the post of chief conductor of the Czech Radio Symphony Orchestra in Prague.  Besides others, Ondrej Lenárd is holder of the 1st class Order of Ľudovít Štúr, Doctor Honoris Causa title of Matej Bel University in Banská Bystrica (Slovakia) and Artis Bohemiae Amicis award for the significant contribution to the Czech culture and dissemination of its reputation abroad.